​​What can we do to stay looking and feeling younger? Holistic anti-ageing expert Jayney Goddard investigates 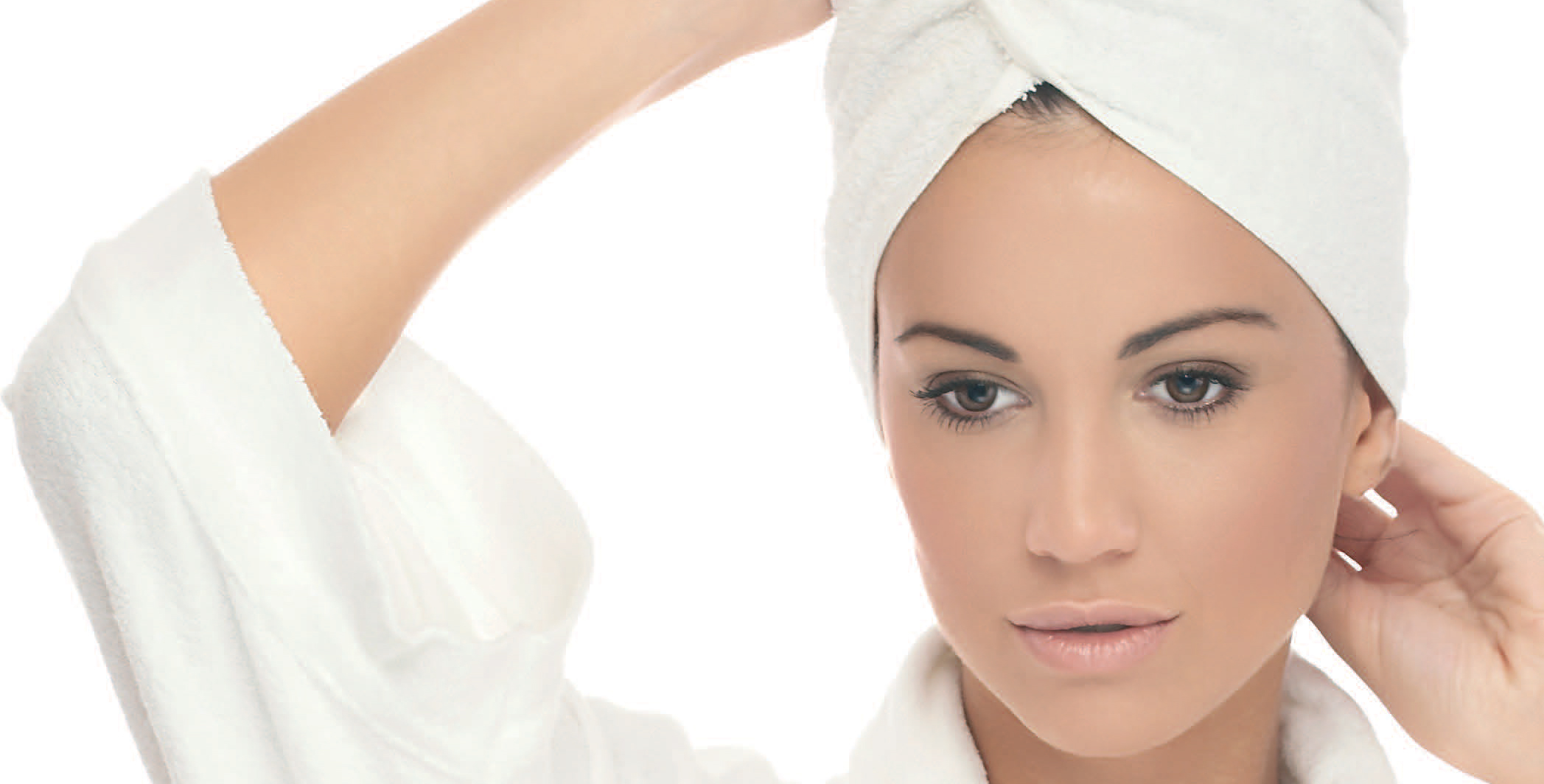 ​​What can we do to stay looking and feeling younger? Holistic anti-ageing expert Jayney Goddard investigates

​What can we do to stay looking and feeling younger? Holistic anti-ageing expert Jayney Goddard investigates
We all know that eating a healthy diet, getting a good night’s sleep, avoiding cigarettes and religiously applying your moisturiser every day will hold back the years but what else can we do to stay younger for longer? Below are some of the latest breakthroughs in anti-ageing that can really work.

Inflammation is a process that underlies and worsens most – if not all – chronic degenerative diseases including cardiovascular disease, type 2 diabetes (and the complications of type 1 if poorly controlled), arthritis, neurological diseases including alzheimer’s and parkinson’s, many cancers and more. The encouraging news is that chronic inflammation responds rapidly and positively to a range interventions such as following an antiinflammatory diet – a good example of this is the Paleo-Mediterranean Diet that I cover in-depth in my book “The Survivor’s Guide to Swine Flu – The Complementary Medical Approach”. Additionally, many herbs have an anti-inflammatory effect. These include garlic, rosemary, ginger and curcumin (an extract of turmeric). Life style changes too can have a profound effect on our inflammatory levels – exercise really helps as does changing the way that you cook and the types of foods you consume.

Foods cooked at high heat are linked to inflammation. Cool foods such as salads, or dishes cooked at relatively low temperatures, such as salads can help to reduce your inflammatory response. Conversely, foods cooked at high temperatures have increased levels of advanced glycation end products (AGEs), which are compounds in our blood that stimulate cells to produce inflammation. We naturally produce AGEs at a slow rate – these are ‘endogenous AGEs’, however, when food is heated to high temperatures and we eat it, we are taking in ‘exogenous AGEs’ in high amounts and these are very harmful indeed for us. A Mount Sinai study demonstrated lower levels of AGEs in people who consumed foods cooked at lower temperatures than people who consumed the same foods cooked at higher temperatures. Also, six weeks into the study, levels of the inflammation markers ‘tumour necrosis factor-alpha (TNF-alpha)‘and ‘C-reactive protein (CRP)’ had risen among those consuming the diet high in AGEs and declined among those in the reduced AGEs group.

Once we hit our early thirties, testosterone levels (in men and women) start to decrease. However studies show that it’s not a decrease in the actual production of testosterone but it’s the quantity of ‘free circulating’ testosterone that decreases. Although we think of testosterone as a male hormone, women surprisingly, are actually more vulnerable to testosterone level changes than men. When even a small amount of their available testosterone is lost, the results are profoundly disruptive, leading to loss of energy, reduced motivation, loss of libido, reduced enjoyment from sex and other similar issues. Women lose a lot of muscle at this point and gain significant amounts of body fat. And, low testosterone is associated with a significant increase in the risk of breast cancer – as testosterone is not able to ‘lock up’ excessive oestrogens. However, one of the best ways to boost your free testosterone levels is to lift weights: do at least three 30 minutes of weight-lifting workouts per week, but no more than six. Research shows that the best testosterone-boosting exercise includes multi-joint compound exercises, such as squats, dead-lifts and bench presses because your nervous system will perceive these types of exercise as ‘stress’ and will produce testosterone to deal with it.

Good sex can add up to a decade of life expectancy – and the benefits of sex aren’t just limited to young people: satisfying sex can help people in their 80s and older to enjoy a high quality of life. Researchers from Stein Institute for Research on Ageing at the University of California, San Diego, found that sexual satisfaction for elderly women was highly correlated to successful ageing as well as high quality of life. The study indicates that quality of life; successful ageing and sexual satisfaction were strongly correlated even in the 60 to 89 age group where women traditionally seem to experience a decline in physical health. Regular sex enhances cognitive function as well as enhancing our hormone profiles. In addition, orgasm has beneficial effects on our immune system too as orgasms strengthen our infection-fighting cells by approximately 20 percent. To further enhance the benefits of sex, when a couple experiences orgasms they should hug each other as this facilitates the excretion of the ‘love hormone’ oxytocin, which is directly linked to life expectancy. According to the research, cuddling can increase life expectancy by as much as seven years and reduces the risk of depression and chronic diseases.

Chronic psychological stress is associated with accelerated shortening of telomeres, which sit on the ends of our chromosomes in white blood cells (a bit like the plastic bit on the end of a shoelace which stops it from unravelling), and this shortening causes the chromosomes to ‘die’ faster. Telomeres promote chromosome stability and shorten with each replication of the cell, and cells cease dividing when telomeres shorten sufficiently. A recent study compared 39 healthy, pre-menopausal women who looked after a child with a chronic illness, with 19 age-matched mothers of healthy children who served as a “control” group.

They completed a questionnaire on stress levels and their telomere length was measured in their blood samples. The ‘carer’ mothers had much shorter telomeres and the women reporting the highest levels of stress had an average of a 550-unit shortening as compared to the low stress group which translates to nine to 17 additional years of ageing for the stressed mothers.

One of the most astonishing breakthroughs in anti-ageing research was the recent report that minuscule amounts of alcohol can more than double the life span of a tiny worm that scientists frequently use in ageing studies. The amounts used are tiny – 1:20,000 – which is roughly equivalent one small beer being diluted in 100 gallons of water. The UCLA scientists who undertook the study say that the antiageing effect could have implications for human health as we share about 50 per cent of our genes with these worms. Interestingly, when the worms were given larger doses of alcohol, it proved to be harmful for them. It has long been thought that a small glass of wine a day may help heart disease and a range of other conditions – however this is highly controversial and there are numerous studies that contradict this hypothesis. There may be value in drinking red wine – (aside from its alcohol content, if this really is potentially healthy) as it contains a small amount of resveratrol – a powerful anti-oxidant which is extremely beneficial to a whole range of body systems and processes.

Have a positive attitude and improve your coping responses to daily stress. Embrace the philosophy that “It’s not what happens to me, it’s what I make of it.” Researchers in the Netherlands found that older men and women judged to have optimistic personalities were less likely to die over a nine-year study period than those with pessimistic outlooks. Optimism seems to be particularly protective against heart disease: people in the study were 77 per cent less likely to die of a heart attack, stroke or other cardiovascular cause than the most pessimistic group – regardless of factors such as age, weight, smoking and whether they had cardiovascular or other chronic diseases at the study’s start. And, as if more proof were needed: in another study of people aged 50 and older who were followed for an average of 23 years, those who believed that they had a positive attitude toward ageing lived an average of more than seven years longer than those who had a more dismal view of getting older. Additionally, a 50- year long study suggests that longevity is improved in men and women who are active, emotionally calm, and organised. Work is also very important – continue to work as long as possible. According to a report in the British Medical Journal, the long-term survival of people who retire early at age 55 or 60 is no better than that of those who retire at 65. And, interestingly, survival rates appear to improve with increasing age at retirement.

How to Balance Your Qi 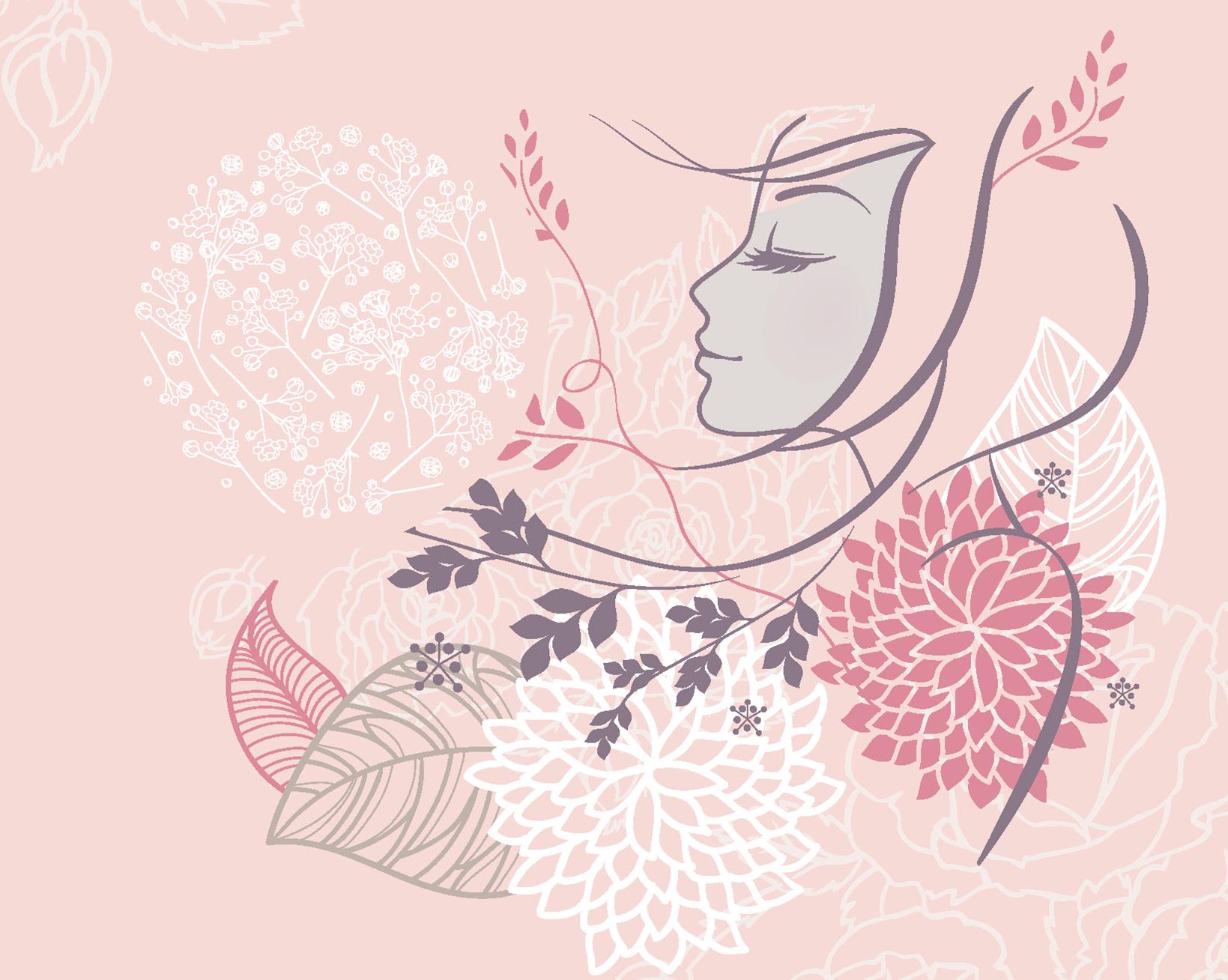 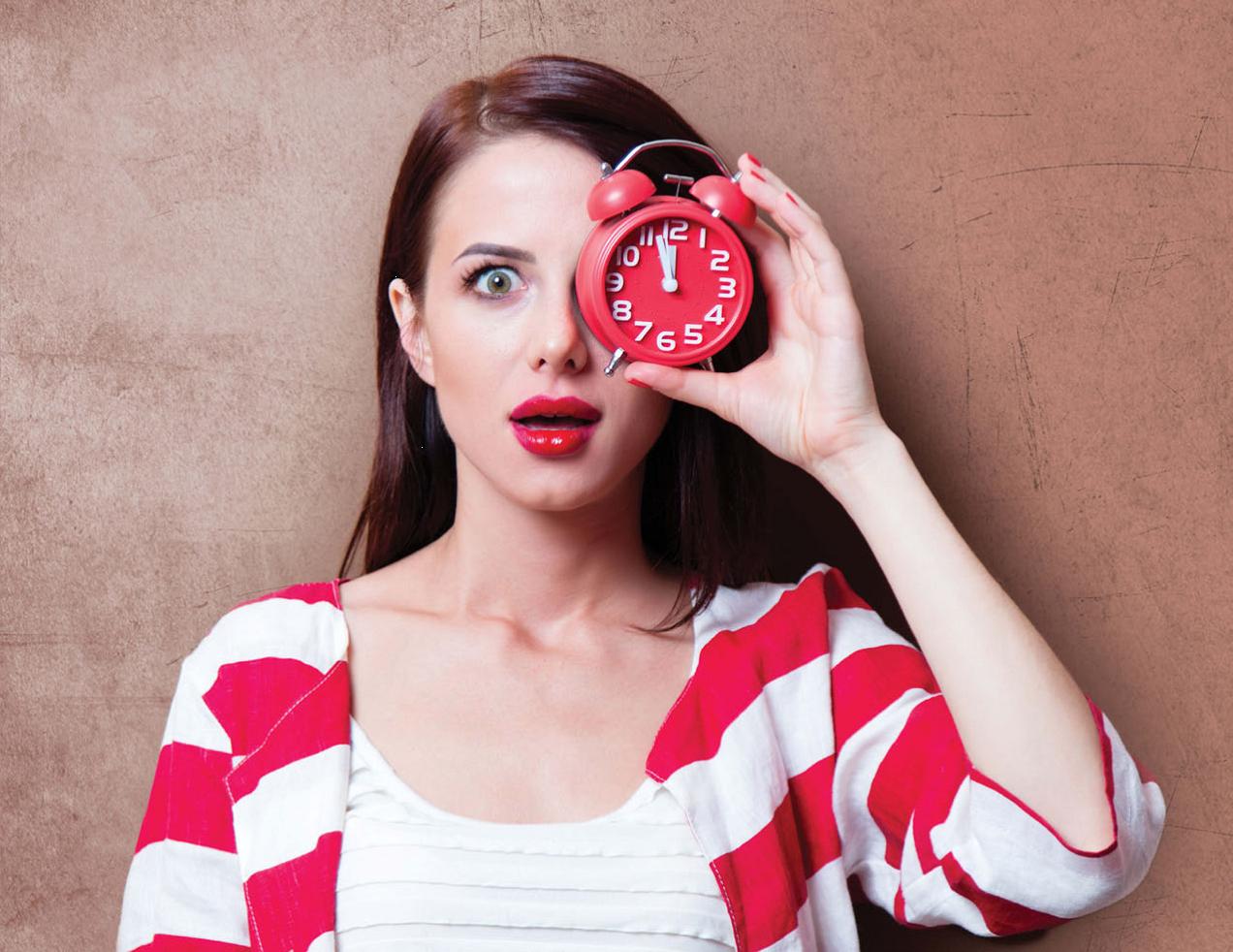 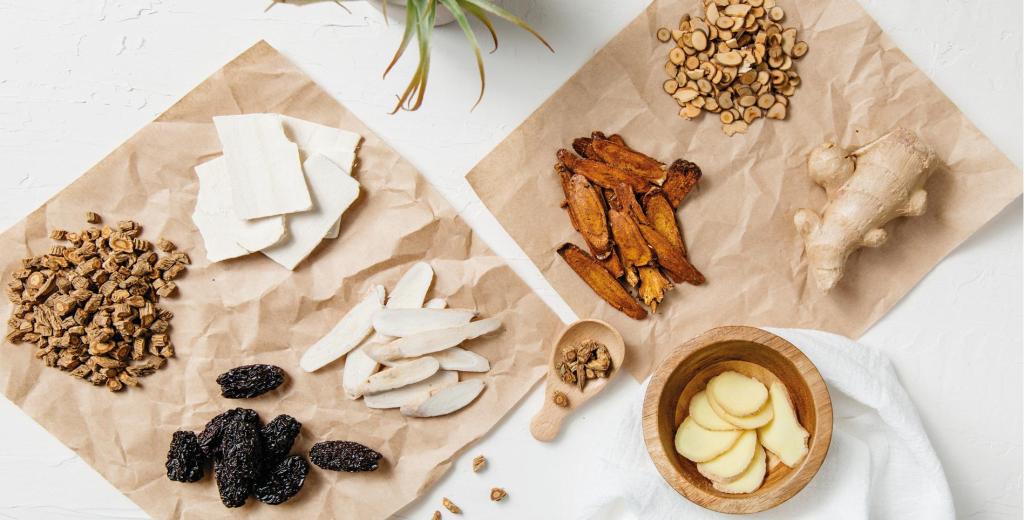 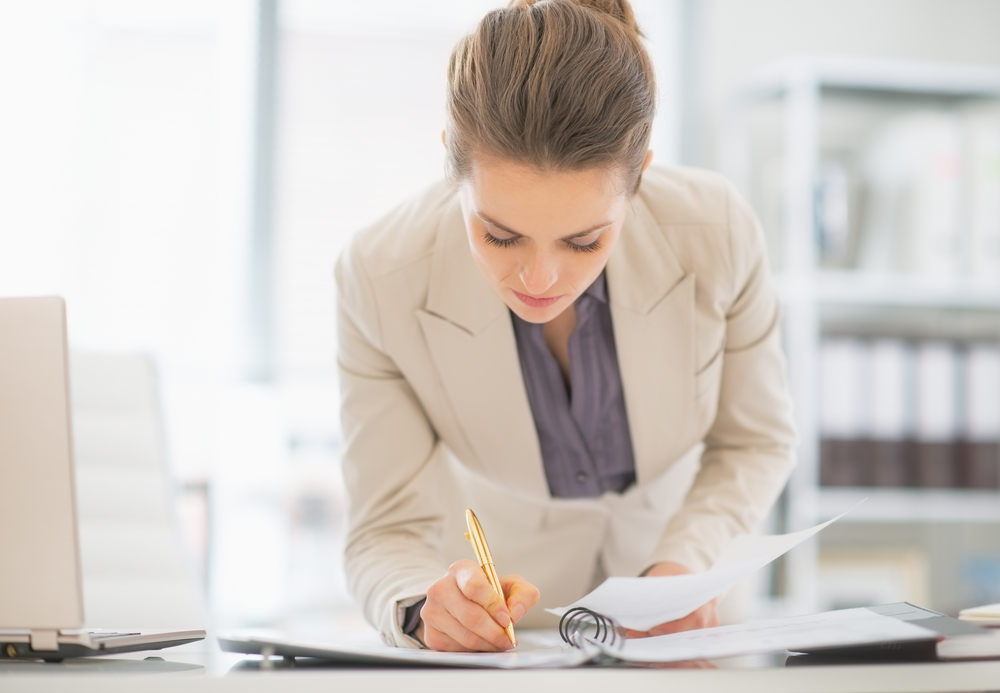 How to make career changes work for you 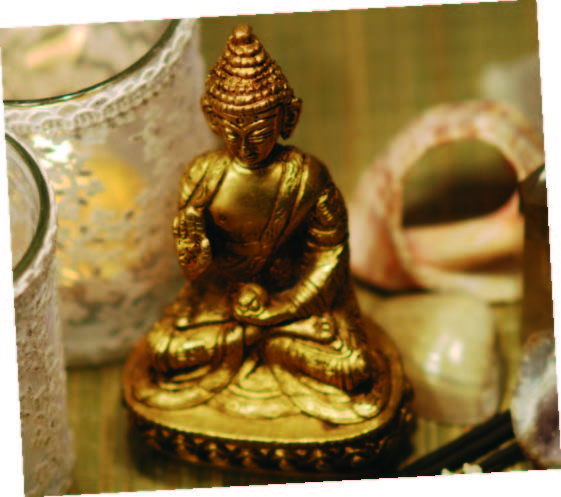 Self Help: Lynne Franks on the festive spirit