Why you need to try ear acupuncture

With its roots in traditional Chinese medicine, auriculotherapy (or ear acupuncture) is believed to help with all sorts of health issues – from insomnia and joint pain, to stress and hay fever. Interested? Here’s everything you need to know… 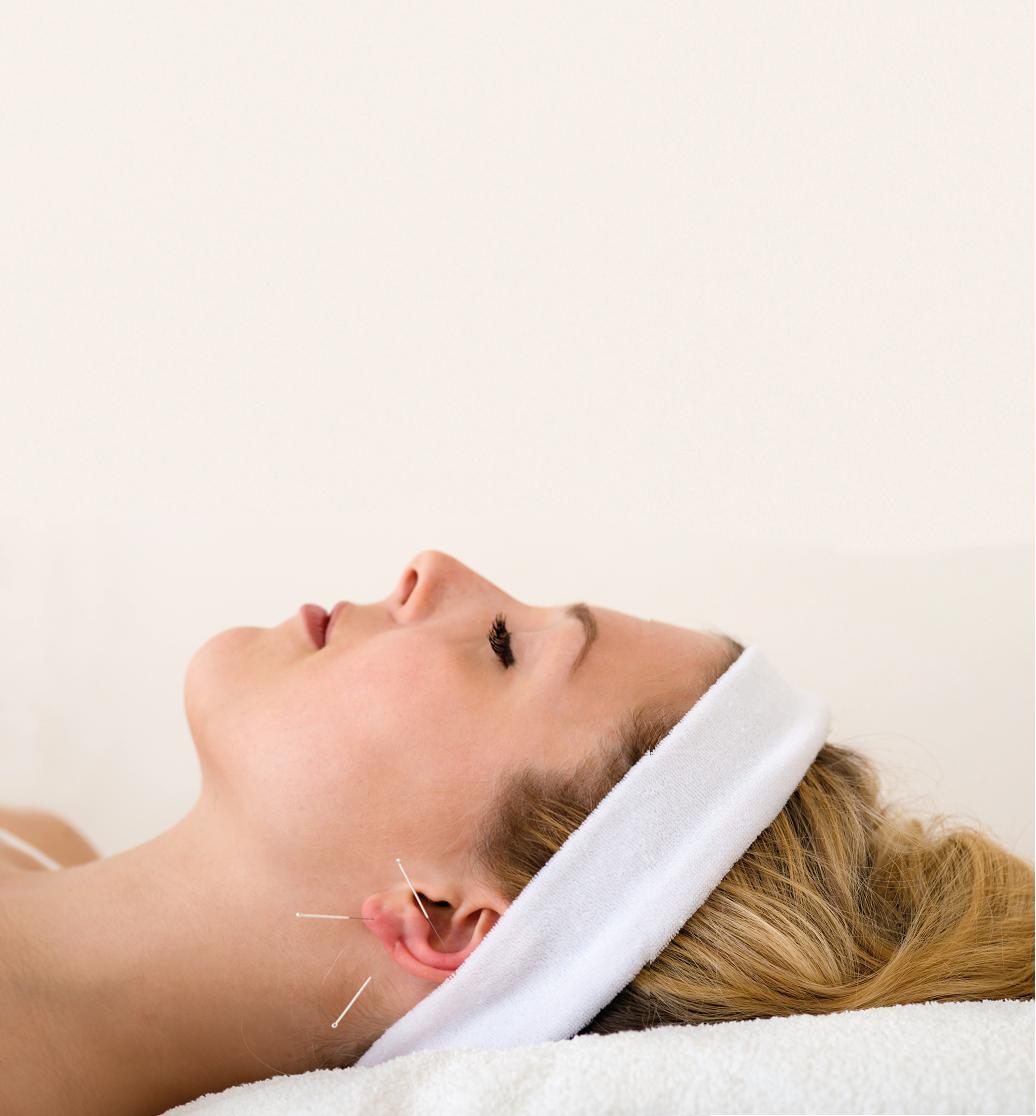 With its roots in traditional Chinese medicine, auriculotherapy (or ear acupuncture) is believed to help with all sorts of health issues – from insomnia and joint pain, to stress and hay fever. Interested? Here’s everything you need to know…

Over the past few decades acupuncture has become one of the most popular complementary therapies in the UK. Used by everyone from athletes and arthritis suffers, to women hoping to conceive, it’s even offered by the NHS to ease headaches and migraines in some areas of the country. But what about its lesser known cousin, auriculotherapy?

Like practices such as reflexology, auriculotherapy (or ear acupuncture) is based on the idea that there are points on the ear relating to all our different organs and muscles. Stimulating these is believed to help energy flow freely through our body, boosting our different systems and improving our emotional and physical wellbeing.

Acupuncturist Siwan Quinn Bratton is the co-principal of The College of Auricular Acupuncture in the UK (thecollegeofauricularacupuncture.com) and in recent years she’s seen a rapid rise in popularity of the therapy. This may partly be due to its celebrity following, which includes the likes of Penelope Cruz and Kate Moss, as well as Gwyneth Paltrow and her team at GOOP.

“Auricular acupuncture is a comprehensive treatment,” Siwan says. “It can be administered easily, quickly and economically, and is effective for most chronic complaints. It has become increasingly chosen as a safe mode of treatment for many conditions including musculoskeletal pain, migraines, allergies and so on.”

So, what does it actually involve? “Ear acupuncture is a system whereby very fine, single-use, sterile needles are inserted into specific points in the ear that help the body regulate itself more effectively, clear pain and restore health,” explains George Monkhouse, an acupuncturist who runs clinics in London (georgemonkhouse.com). “Although it has been used in Chinese medicine in some form for more than 2,000 years, the more detailed modern form was developed by a French physician and neuroscientist called Paul Nogier after he observed sciatica being successfully treated by cauterising part of the ear. He experimented over the next 30 years with burning, electrical stimulation, needling and infrared laser, developing a map of points on the ear that affect different parts of the body.”

How does it work?

According to auriculotherapy maps, there are more than 200 acupuncture points on each ear and applying pressure or stimulating these with needles can have an impact on various parts of the body. “Each acupuncture point treated triggers electrical impulses from the ear via the brain and neural pathways, to the specific part of the body being treated,” Siwan explains. “Functional MRI (FMRI) shows that auricular acupuncture triggers an effect in areas of the brain specific to the corresponding zone on the ear. Each point treated releases endorphins, blocks pain receptors, and elevates levels of adenosine that affect a change in the targeted anatomical area.”

According to George, this helps refresh and rejuvenate our body. “By stimulating the nerves in the ear, the brain and nervous system clear neural pathways and stimulate blood flow in damaged parts of the body,” he adds. “Blood carries oxygen and nutrients, which sustain us, so the effective distribution of blood is key in helping the body heal itself more effectively.”

What are the health benefits?

Because of their connection to every part of our body, stimulation of our ears is thought to be able to alleviate a huge range of problems.

“Ear acupuncture has been scientifically shown to reduce stress and anxiety, improve heart health, reduce cravings (for addiction and weight loss), reduce pain, increase your heart rate variability (HRV), balance hormones and calm the nervous system,” George says. “This all implies that, just as with full-body treatment, ear acupuncture is a fantastic way to regulate homeostasis, the body’s self-balancing, self-regulating mechanism, so that it can better do what it was naturally designed to do. Many people report a rapid sense of calm and equilibrium when coming for ear acupuncture, and that regular treatment helps them stay more clear of stressful patterns of behaviour.” It’s also believed to help with issues such as hay fever, PMS, asthma, arthritis, IBS and insomnia.

What does a session involve?

A usual session will involve a practitioner inserting five to seven needles into your ear, depending on the condition you are hoping to address. The needles used for ear acupuncture are much smaller and thinner than those used in full body acupuncture, and some therapists may also use electroauricular therapy, ear massage or ear seeds. The needles tend to be left in your ear for 20 to 45 minutes, while you relax and enjoy the experience.

What about ear seeds?

In recent years, ear seeding has become popular as a treatment in its own right. These little beads – which are stuck to clean and dry skin in the ears and pressed to promote their benefits – would traditionally have been made from the seeds of a flowering herb called vaccaria, but today they’re usually made from metal or ceramics. They’re often used by practitioners after a session of needle-based auriculotherapy to allow individuals to apply pressure to key points for a few days after treatment, and now an increasing number of brands are selling these for use at home. LA-based healing company Vie Healing, for example, has just launched a kit of 24k gold plated ear seeds on online beauty store Cult Beauty for £29 (cultbeauty.co.uk), which comes complete with a map of the ear, showing key auriculotherapy points to try yourself. Experts do advise that you visit a trained acupuncturist before using these, but they could provide a useful way to reap the benefits of auriculotherapy following a few sessions.

There are a huge number of acupuncture points in the ear and you may be able to feel some of the benefits of auriculotherapy simply by applying pressure to them. Here are a few to get acquainted with…

Point zero: This is believed to be the master point of the whole ear and is thought to help bring the whole body towards balance. For this reason, it’s one of the most commonly used auriculotherapy points. It can be found at the centre of the ear, on the helix root.

Shenmen: Located near the top of your ear in the middle, shenmen (often translated as ‘spirit gate’) is believed to be good for calming anxiety and helping with insomnia. It’s used by auricular acupuncturists to allow a connection to one’s inner self, calm the mind and alleviate stress.

Heart: The heart point, found in the lower concha region, is thought to help ease palpitations, tightness in the chest and anxiety. It’s also used by practitioners looking at conditions related to the heart, such as high or low blood pressure. 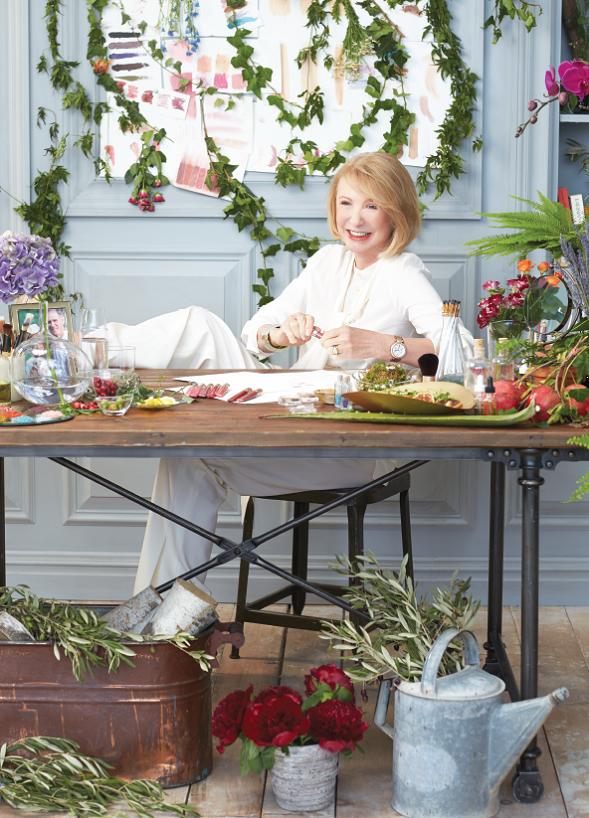 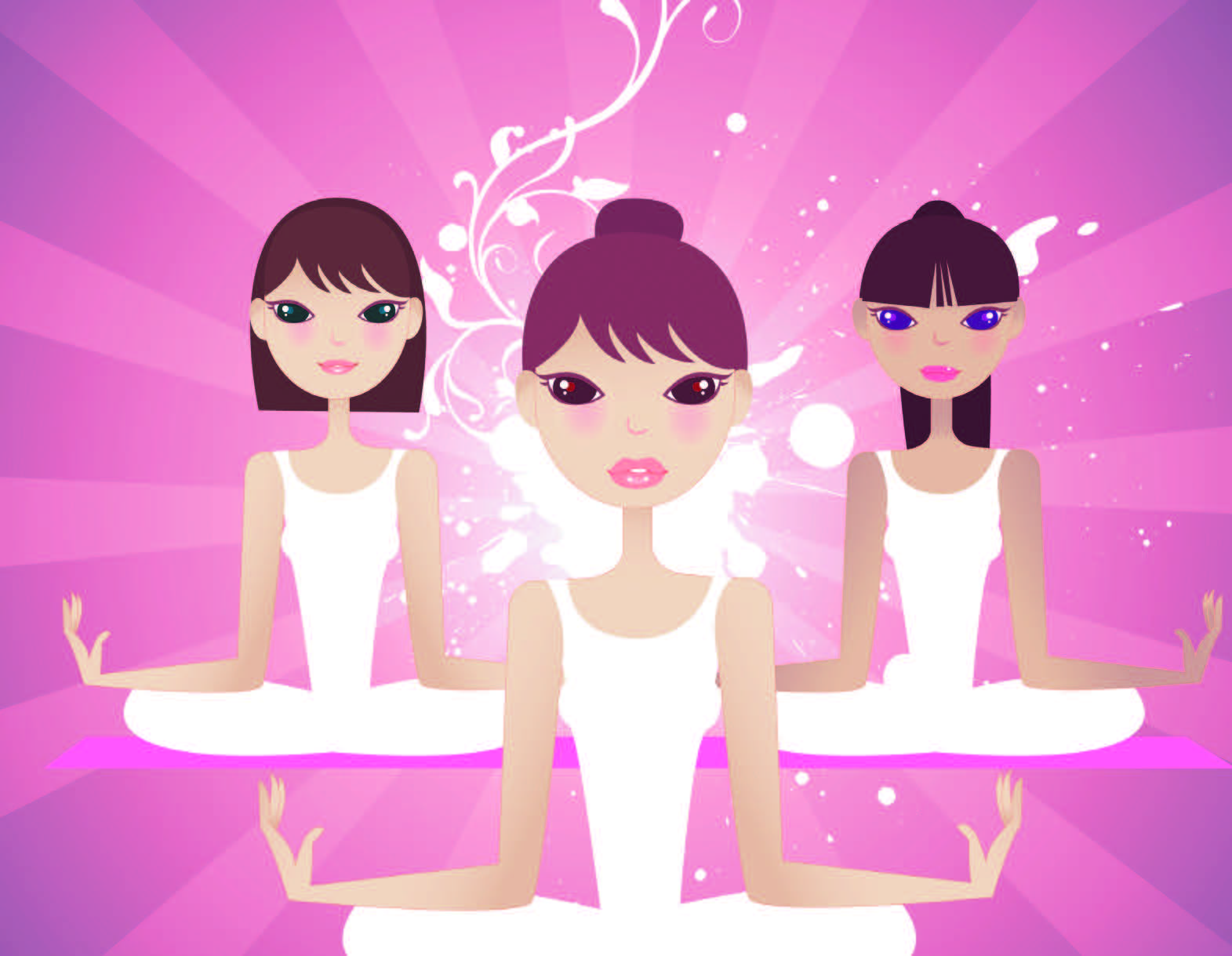 Barefoot Doctor: How To Get Some Resolve 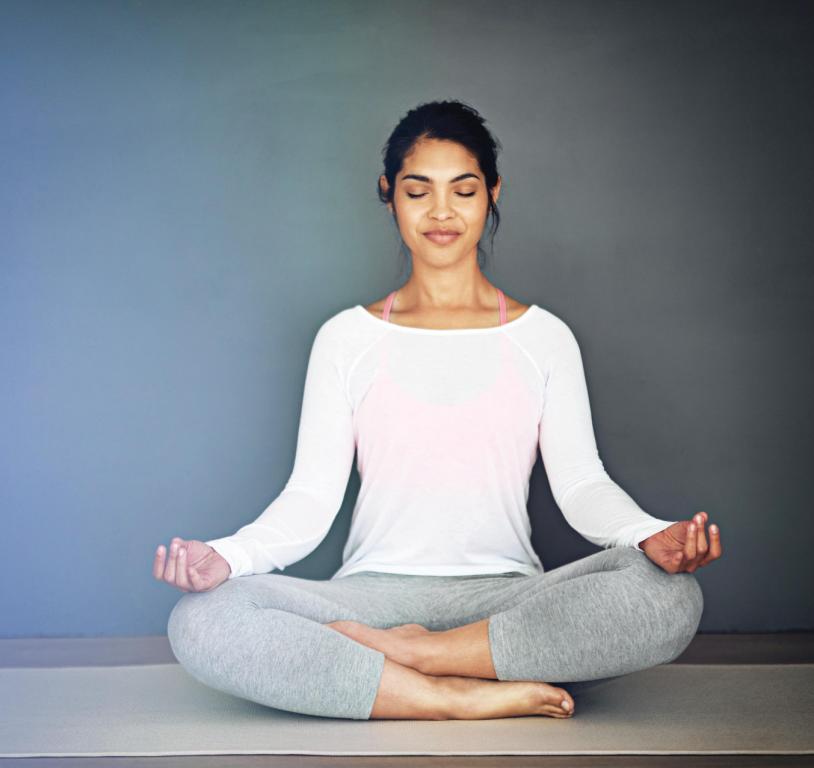 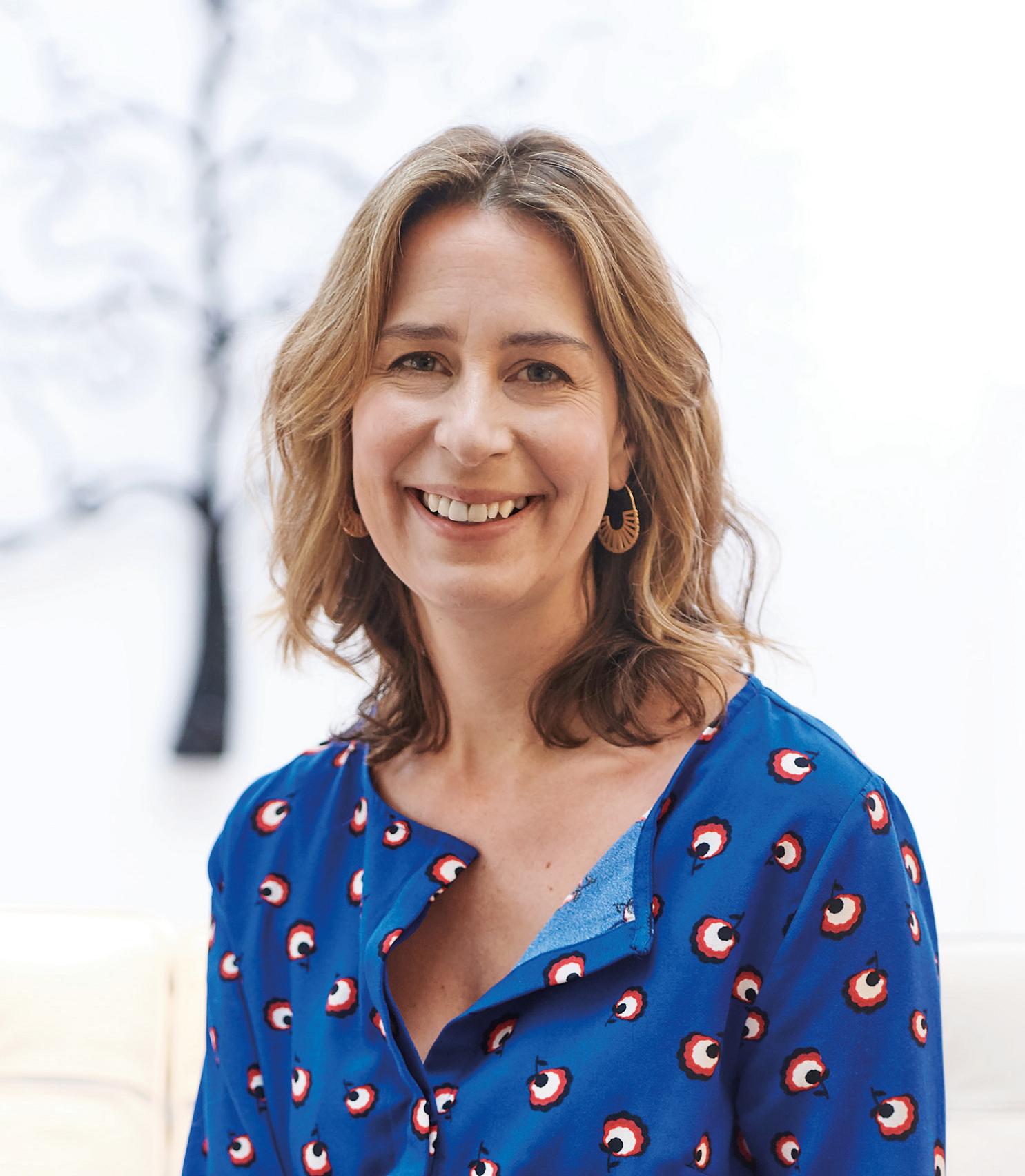