Self help: How to recover from childhood trauma

​​Do you have codependency issues? If you suffer from deeprooted childhood trauma a new group therapy could be the answer, says William Cartwright 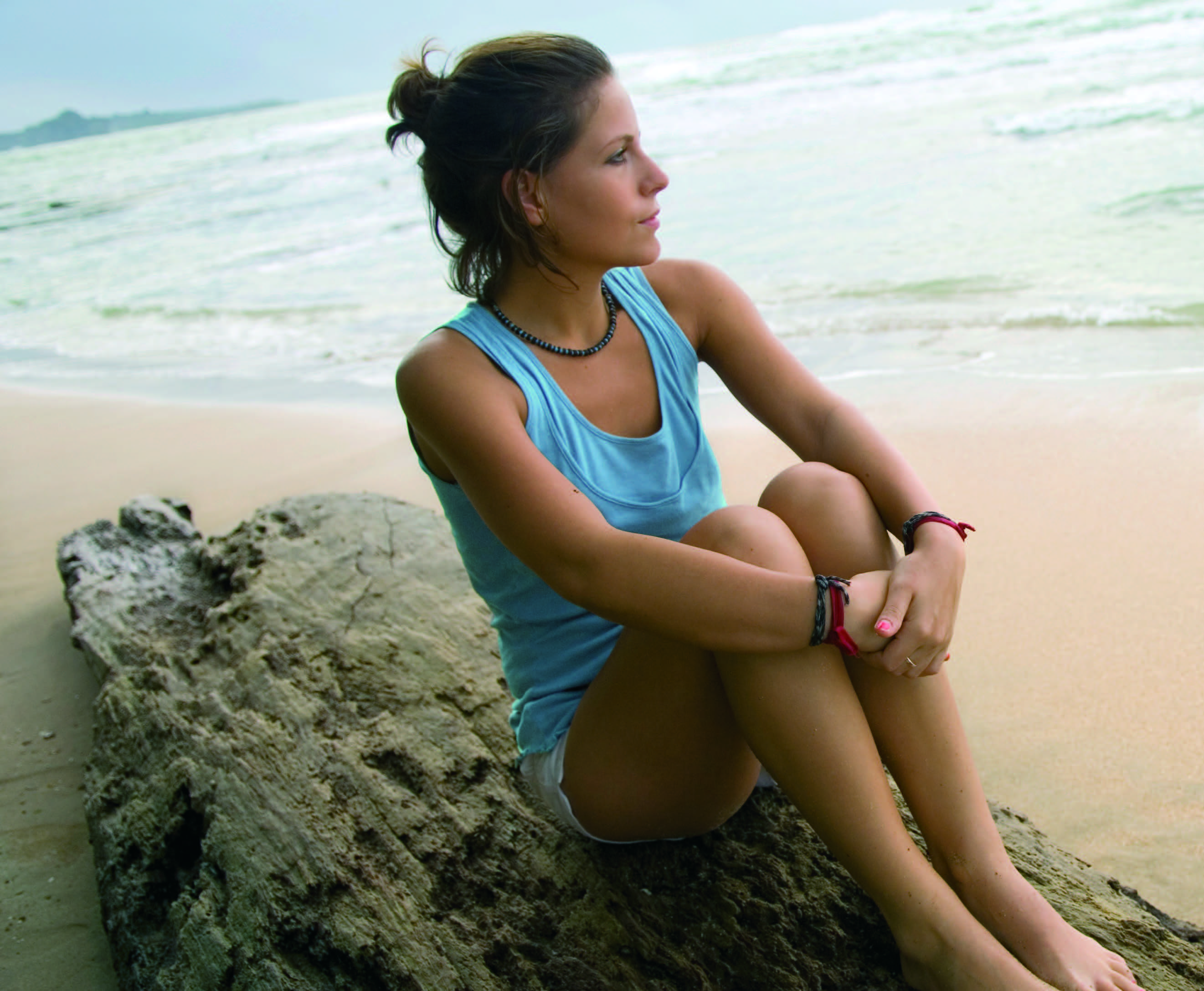 ​​Do you have codependency issues? If you suffer from deeprooted childhood trauma a new group therapy could be the answer, says William Cartwright

Do you have codependency issues? If you suffer from deeprooted childhood trauma a new group therapy could be the answer, says William Cartwright
I never really thought of myself as a trauma victim, I’d always reserved that dubious privilege for those unfortunates who stagger back from conflict zones or limp away from burning aircraft. So when a therapist suggested I might benefit from going on a ‘trauma reduction’ weekend, I thought they were bonkers; why would a nice, middle class boy like me want to do that?
Needless to say, things weren’t totally rosy in the garden of my childhood, otherwise why had I been talking to therapists in the first place? Behind the polite, middle-class façade of a medical family, my parents were locked in a bitterly unhappy marriage. According to my mother, halfway through their honeymoon my father pronounced that this relationship could never work, and it was downhill from thereon. In the first seven years of my life I grew up in a blaze of angry fighting and momentary lapses of care that would leave me locked outside the house in central London at the age of six or given sleeping tablets to make sure my brother and I didn’t wake up during Mum and Dad’s ‘parties’ with other couples. At seven my father left abruptly and inexplicably and at around this time I was sexually abused by a stranger while on a school trip to the swimming baths. At 11 I was sent away to boarding school and at 14 my mother was killed in a brutal car crash, just when I was beginning to deal with the enormity of growing up gay.

“In order to survive as children, we adapt to neglect and abuse by justifying the behaviour of our carers at the expense of our inner selves”

Of course, I can hear you say, wasn’t it blindingly obvious that something was up? Well, yes and no… like many trauma victims, I could remember the events, but the memories were like postcards, brightly coloured records, but devoid of real feeling, of sound and smell. Clearly I knew, on some level, things weren’t quite right. I’d already done a lot of talking therapy, as I’ve long suffered from high levels of anxiety and low levels of self esteem. I’ve also struggled with relationships of all kinds, a good indicator of early trauma. I felt suffocated by intimacy and terrified of rejection so I’d adopted a ‘keep-a-safe- distance’ strategy with everyone in my life, just about manageable with friendships but disastrous with lovers. None of my intimate relationships ever lasted past 18 months. So, at 40 years old I was baffled by how I could have spent so much on treatment and still not have any concrete results. Which is why, despite my reservations, I finally listened to the suggestion and decided to try trauma work.

According to the Oxford English Dictionary, trauma is an ‘emotional shock following a stressful event or a physical injury, which may lead to long-term neurosis.’ There is also reference to physical or emotional injury, but despite repeated readings, nowhere in the definition is trauma described as the preserve of heroic survivors of horrific events; in fact, to my dismay, I fitted right in. Trauma can be caused by any stressful event and, once caused, it can lock the feelings away. This is a survival strategy, designed to prevent us from shutting down altogether, but the unfortunate side effect is that once locked up, it’s very difficult to heal, which is where this course comes in. It was designed by a famous co-dependency specialist in the United States, Pia Mellody. After years of struggling with lousy relationships and low selfesteem she decided to look for answers, which is when she came up with the concept of codependency, for which she believes trauma is the cause. Apparently, in order to survive as children, we adapt to neglect and abuse by justifying the behaviour of our carers at the expense of our inner selves. This ‘they must be right so I must be wrong’ thinking is incredibly destructive. Because we no longer trust our own feelings and thoughts, often, as in my case, because we have been told quite bluntly that we are wrong, we lose touch with our feelings and instincts. Without a quiet internal voice to guide and support us in relationships, we have to find our self-esteem from other people, and that’s the root of co-dependency. We just don’t trust ourselves. It’s a terrible trap, because we cannot love ourselves, which means we find it really hard to love others. Even worse, we are often condemned to recreate the same dysfunctional relationships in adulthood we experienced as a child, seeking out the familiar, no matter how unhappy it makes us.

The answer, as we learnt during the weekend, is to revisit our early relationships in way that allows us to sift through the faulty messages we were programmed with as a child and to release the emotion that goes with them. It sounds like a major task and of course it can’t all be done in just three days, but you can build a firm foundation. The course is based on the idea that group work is a much more powerful tool than working one on one, and that some simple exercises, worked in both large and small groups, in which you explore the early years, can free you from the old, negative patterns. Of course I was nervous about the idea of spilling all in front of a group of strangers, but the eight other people embarking on this adventure with me seemed just as nervous and vulnerable and we quickly bonded.

The first exercise was simple, yet remarkably powerful. A large, bright box of children’s paints and crayons slid into the centre of the room, alongside a wadge of plain flipchart paper and we were asked to draw, in any way we wanted, a picture of our origin. As a kid my escape was drawing, I would spend hours at a time lovingly capturing objects and animals in my sketchbooks, so I was off to a great start. Yet the experience of then explaining my drawing to others, and discovering what they saw, things I’d not even noticed myself, really surprised me. It was humbling and illuminating, not only to hear others share their stories so frankly and openly, and often with deep emotion, but to have my own reflected back to me. It was a real turning point. For the first time I felt just how difficult it had been for me, growing up with an alcoholic father and emotionally unavailable and unhappy mother, and I wasn’t alone. We all cried, and laughed, at each other’s stories. It was incredibly bonding, and as soon as it was over, I felt I was in the right place.

“Co-dependent people often feel unlovable and unworthy of being loved”

From then on, the three day course was a journey into the past. We weren’t just regurgitating old facts (facts that for me, after quite a bit were more than a little threadbare); we were reprocessing those experiences. Different processes of visualisation and interaction brought old emotions back to life and it was extraordinarily moving; one man hadn’t cried for years and he was finally able to have compassion for himself and release old demons. Visualising my father sitting opposite me brought up hot gales of rage, and my mother was just as elusive and stubborn in my imagination as she had ever been in life. I was able to connect deeply and lovingly with what therapists call the ‘inner child’, the young me that had felt so frightened and alone. I could have compassion for a younger me that had been so scared of being punished that he hadn’t been able to ask for help, even when he was sexually abused.

Of course, like many people who suffer from emotional difficulties and low self-esteem, I desperately wanted to go on a course and come home ‘fixed’, and unfortunately, nobody can do this in just three days. But an important healing journey has started, one that is deeper and more profound than anything achieved through simply talking one-on-one to a therapist. It has also given me acceptance and compassion for my early traumatic experiences and has begun the first green shoots of hope that there is solution, one which further work will nurture. I’m hopeful now that I can build a loving relationship with myself, and eventually also with others, and that anxiety and depression could one day be banished to the past – and those are enormous achievements for me.

What are trauma and co-dependency?

Is your relationship a co-dependent one?

Ask yourself the following questions…

If you answer have answered “yes” to two or more of the then you may be experiencing the negative impact of co-dependent relating!

Each trauma reduction weekend is facilitated by a team of highly qualified therapists, all trained by Pia Melody from The Meadows, Arizona. The next workshop runs from 11 to 13 May. For details of the workshop, the facilitators, how to contact them and how to book your space visit traumareduction.co.uk 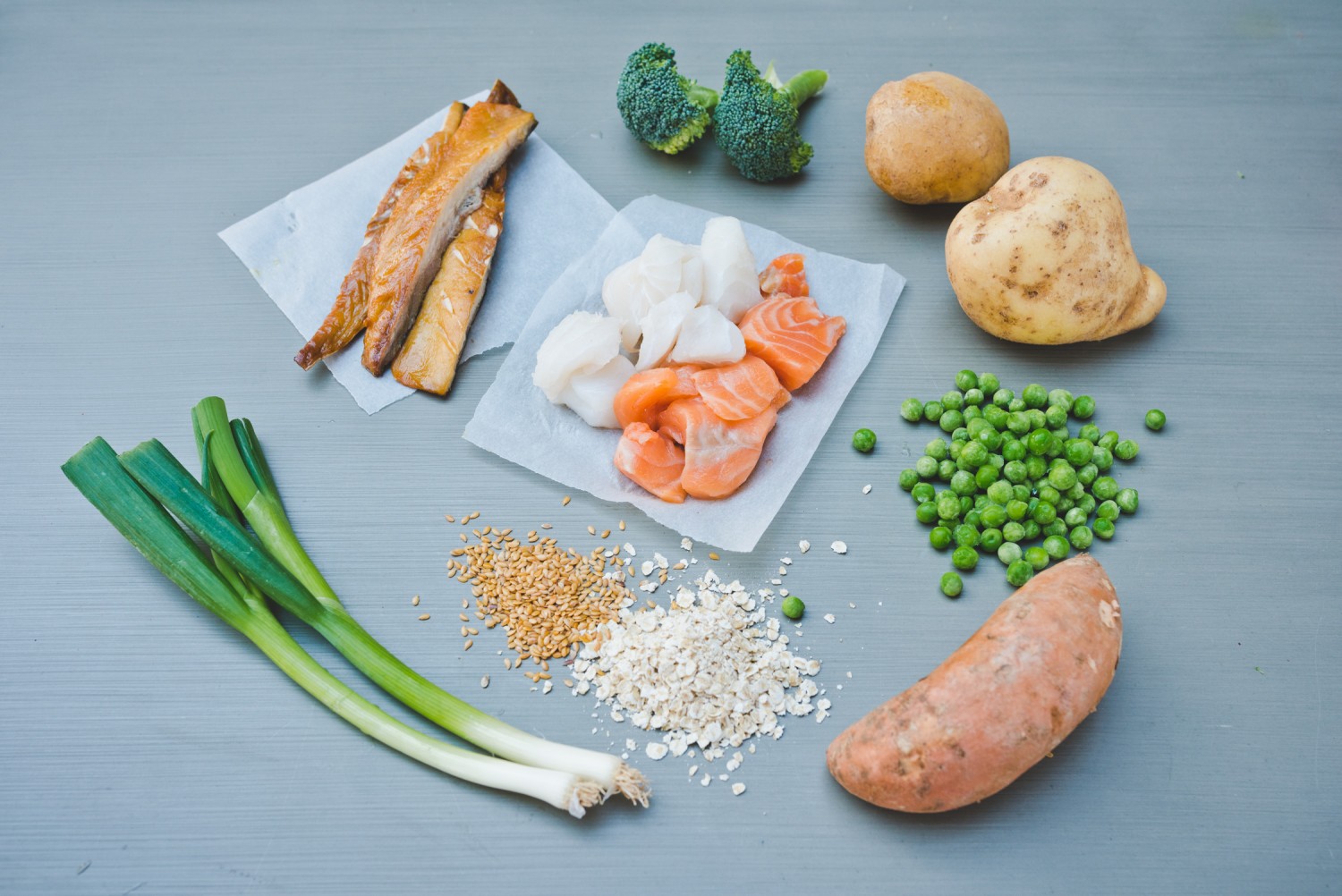 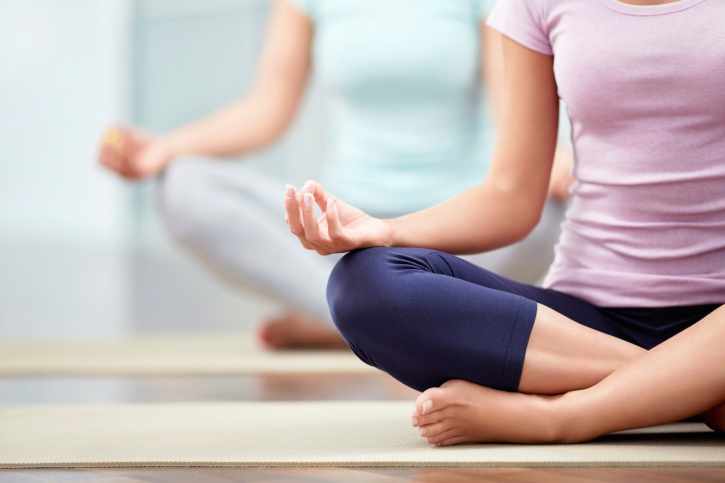 Beginner’s Guide: ​Yoga tips to get you started 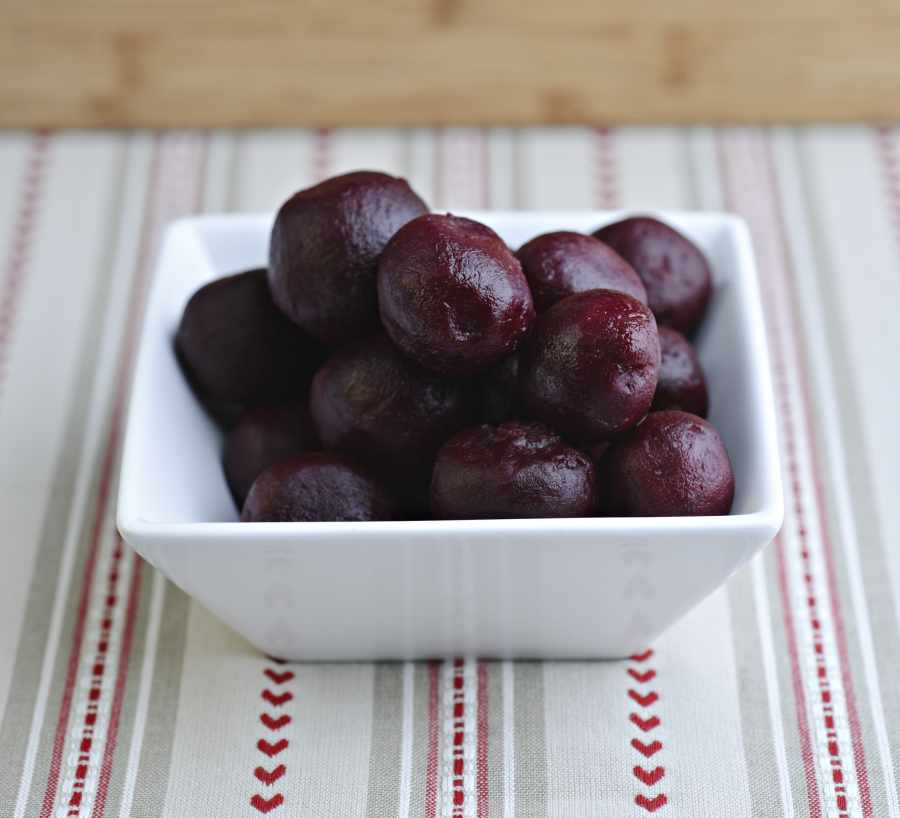 Healthy Eating: How to get your daily dose of minerals 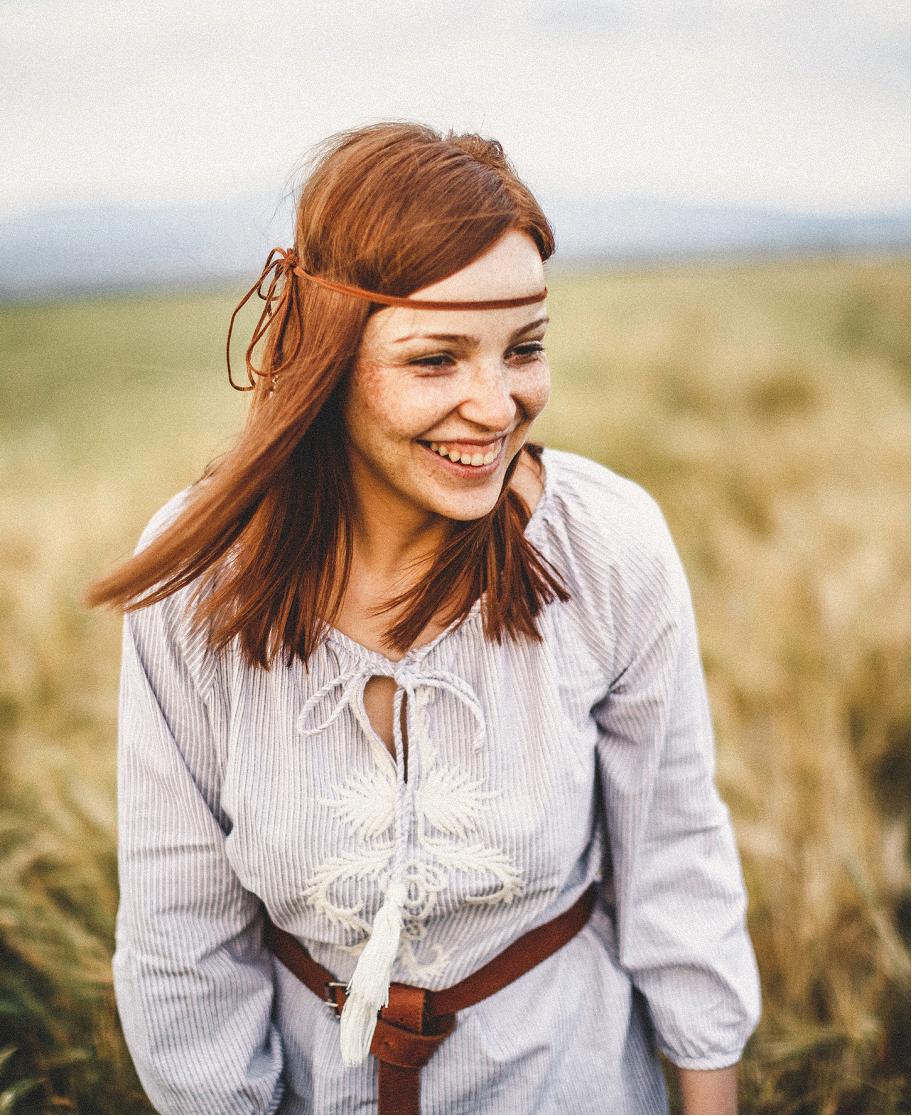 Emma Cannon: The Power of Nature