How Menopause Friendly is Your Workplace?

The symptoms of this natural transition can leave many women in need of extra support, is your company listening? 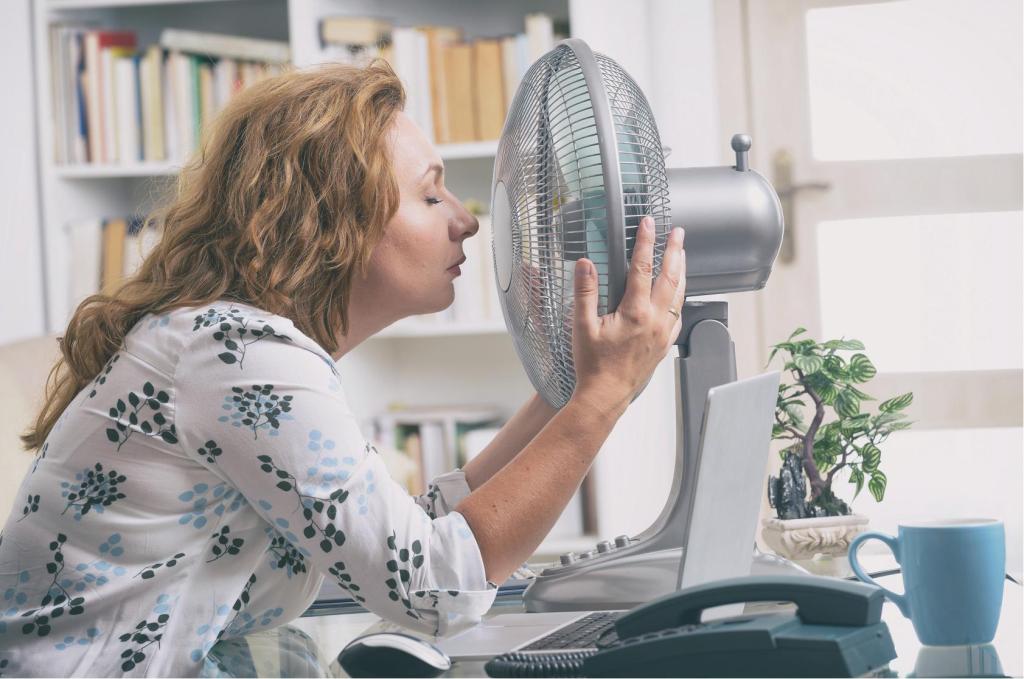 The symptoms of this natural transition can leave many women in need of extra support, is your company listening?

It’s 10am in mid-winter but Cathy* is already soaked in sweat. She’s used to this common symptom of the menopause and has brought along a change of clothes. She nips to the loo to freshen up, dabbing herself down at the sink and pulling on a fresh dress before her 10.30 meeting. Her head is pounding from another sleepless night, her confidence is at an all-time low and her journey from the toilet to her desk in a different outfit feels like a walk-of-shame. Sound familiar? With the average age of menopause in the UK being 51 and the retirement age now 68, Cathy isn’t the only woman experiencing hot-flushes at the water cooler. According to the Faculty of Occupational Medicine (FOM) nearly eight out of 10 menopausal women are at work, and three out of four of them will be experiencing symptoms, yet according to the Wellbeing of Women survey in 2016, one in four women consider leaving their job because it.

During menopause, the body goes through a seismic transition, which can see women suffering from intense temperature changes, brain fog, insomnia, mood changes and many more, often distressing, symptoms. “I could not finish any task. I would drift off,” explains Barbara, a technical manager in a large organisation, “Also, I was very aware of how short tempered I could become and had to take a lot of steps to ensure I kept all my emotions in check – tears or temper.” And Carol, a business support officer for West Midlands Police admits: “My memory recall at times was so poor I actually thought I had dementia, and my constant low mood and low self-esteem made me question my ability to remain working.”

Whilst there are no specific laws to protect menopausal women in the workplace, symptoms are protected under employment law through the Equality Act 2010. It’s an employer’s responsibility to support employees at work, so even for those without menopause policies, existing policies such as sickness or flexible working should cover the menopause. However, with the best will in the world, not all workplaces are understanding. Barbara goes on to confess she was almost put off applying for a new job within the company because of her boss’s negative reaction towards her symptoms. “The only time he spoke to me about it was when he pulled me aside to say ‘whatever is wrong, go and sort it out,’” she explains, “At one point I even thought about giving up entirely and getting a job closer to home”.

Rather than the menopause itself being the problem, it seems to be the taboo around it that prevents many women getting the help they need. “The word menopause has negative associations, even today,” says Deborah Garlick, Director of Henpicked: Menopause in the Workplace (menopauseintheworkplace.co.uk). “When we ask people what words they associate with menopause we hear ‘old, past it, hot flashes, moody…’ It’s little wonder so many women don’t want to say they’re menopausal.”

Lynda Bailey, co-founder and director of talkingmenopause.co.uk adds: “Women keep their menopause a secret because they don’t want to appear weak. Many have worked hard to get to their positions and do not want to admit they are struggling. If you are the only female sitting in a board meeting then you are not going to say, ‘my hormones are playing up, I am not on form today’”. Talkingmenopause.co.uk and the website menopauseintheworkplace.co.uk are two of many organisations that have sprung up in response to this taboo, to give women a place to have their say, spark discussion, promote healthy debate and even bring about positive change by providing accredited courses to educate employers in best practice.

Sharon Vibert, now a director at Henpicked: Menopause in the Workplace set up a social media blog called Good Midlife Vibes following her own experience. She was made redundant from her job as a headhunter after a surgical menopause left her suffering with symptoms that interfered with her job. “I totally lost my confidence in a role I’d done all my working life,” says Sharon. “I was scared to pick up the phone and talk to people. I doubted my ability as a client manager and my performance suffered. When you’re experiencing a hot flush in front of a client you ask yourself: do they think I’m under so much pressure here that I’m not capable of conducting this meeting? Now I’m passionate about helping people live better lives by raising menopause awareness, providing factual signposting, changing perceptions and getting everyone talking about it.”

A step in the right direction

So what steps can a woman take if she is suffering with difficult symptoms at work? “Keep a diary of your symptoms and how they’re affecting your work, and visit your GP in the first instance,” advises Deborah. “Next, talk to your line manager: explain that you’re menopausal, the symptoms that are affecting you at work, what you’re doing about it (with your GP’s support), and what reasonable adjustments you’d like your line manager to make while you’re getting symptoms under control.”

Employers can also put a Reasonable Adjustment Passport in place for anyone who’s symptoms are affecting their work. This is a live record of adjustments agreed between a worker and their manager to support them at work because of a health condition, impairment or disability. “I had one of the first Reasonable Adjustment Passports for menopause symptoms in the force,” says Carol, “which helped me enormously in managing my symptoms at work. I had been really struggling for about six months before I plucked up courage to tell my line manager. We talked through my symptoms and what I thought would help me manage them when they were at their worst.”

With organisations like Henpicked.net and Talkingmenopause.co.uk working to smash the taboo in our workplaces and sites like menohealth.co.uk helping women take charge of their symptoms, as well as support forums like menopausematters.co.uk and menopauseexchange. co.uk, women are showing that what we do best in a crisis is to pull together and be there for one another. Who knows, maybe one day having a hot flush in a meeting will be as noteworthy as blowing a runny nose.

For information on your rights, visit tuc.org.uk/menopause-work 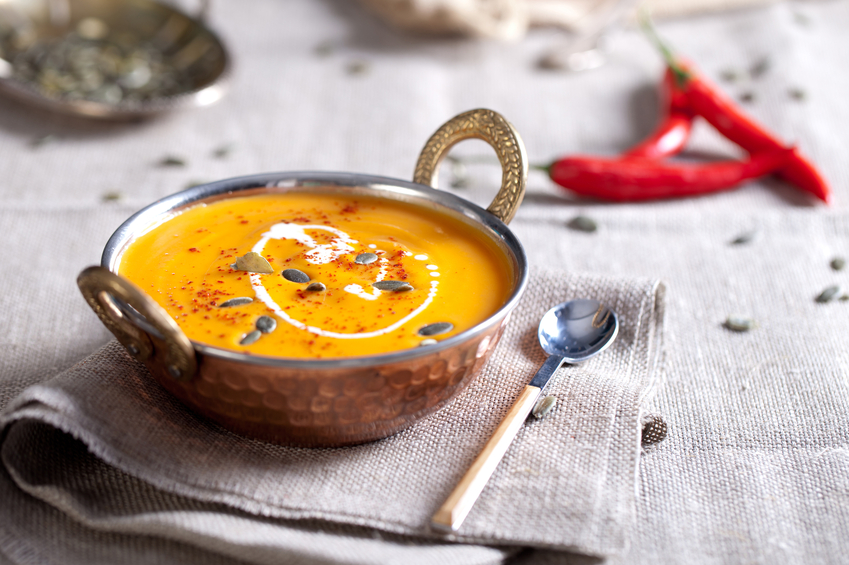 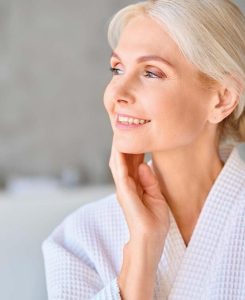 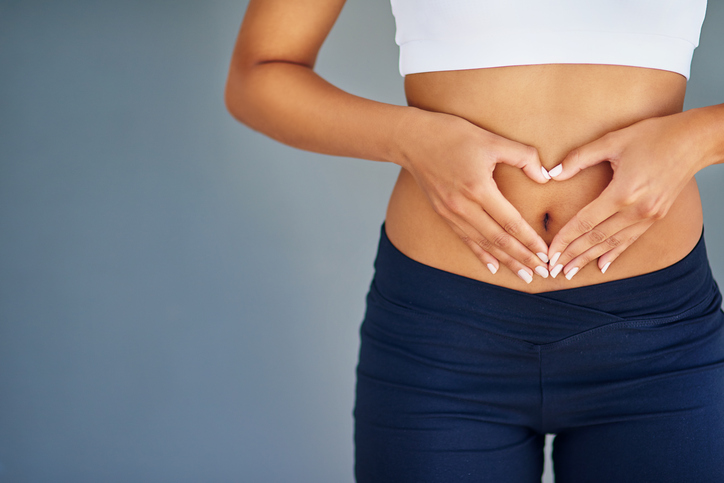 9 Ways To Beat The Bloat 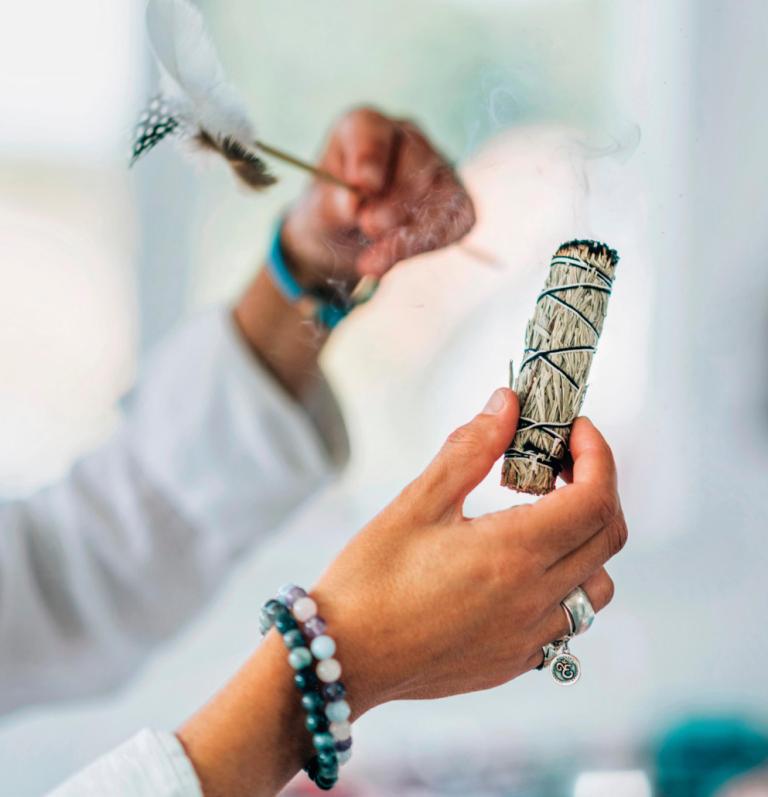 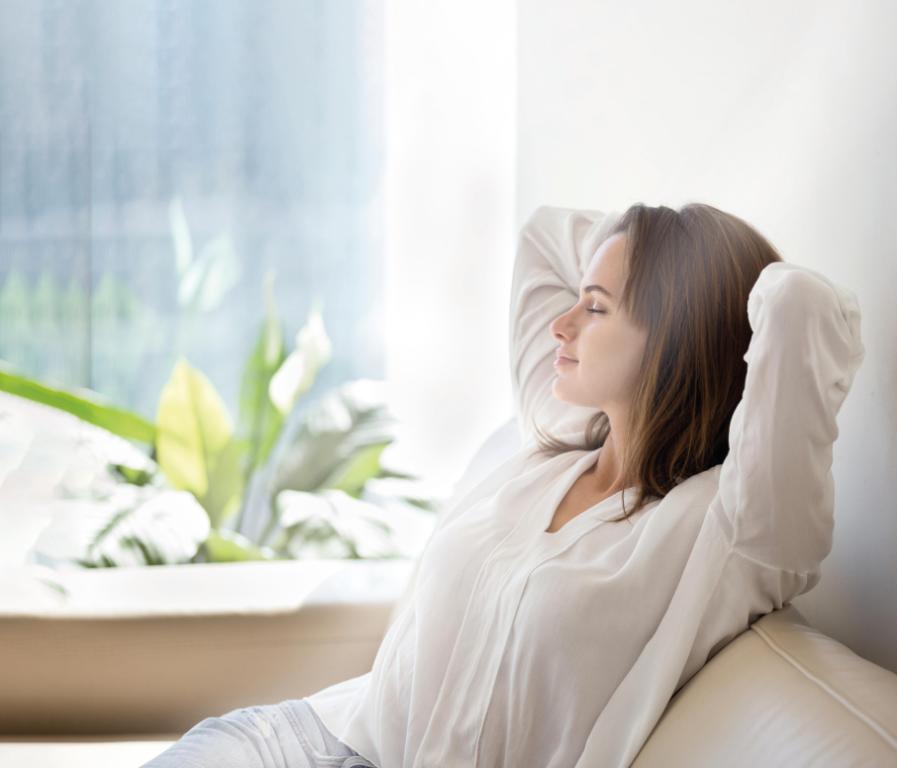 7 Ways to Keep Your Brain Sharp and Your Body Healthy